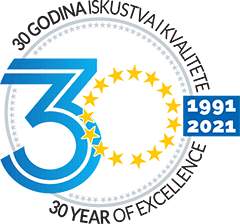 Eurotim d.o.o. was founded on March 15th 1991 with the registration in the Commercial Court Registry of Split. Eurotim headquarter are in Split. From the very beginning, bases for the company development were production and services. Guided by the principles of quality and customer satisfaction, working as a subcontractor for major construction and industrial companies, Eurotim d.o.o. grew and developed itself, and upgraded its knowledge, products and services.

In the year 1997, the company established another facility, situated in Sinj. Therefore, along with the production of hydraulic and industrial pipes in Split, the company has also began the production of conveyors and metal constructions and began providing services in machining and gluing conveyor belts in Sinj.
Developing partnership with its clients and suppliers, and continuously investing in research and development together with its subcontractors for making pipes in other Croatian cities, Eurotim d.o.o. became the largest manufacturer of hydraulic and industrial pipes in region.

Through cooperation with the firm Metso Minerals, which is the world's largest manufacturer of equipment for transporting, crunching and sifting of material, Eurotim gained additional necessary knowledge and technical support for further development in the production of conveyors and conveyor belts conjunction. With the development of this segment, the company has been rapidly expanding throughout the country of Croatia and then began to export its products. The export first begun at Slovenia, Monte Negro and Bosnia and Herzegovina and then continued on the Western European markets as well as Dubai and India.

In the anticipation of the twentieth anniversary, since January 2010, we have been presenting ourselves to our partners and potential clients through our new website.

Believing in the theory of sustainable growth and development, to all our present and future partners, we wish long and successful cooperation. 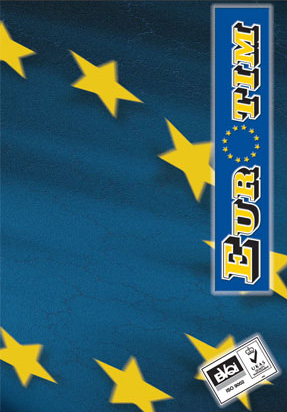